A fish whose coloration and life history match the start of the fall season. Red Drum, more commonly referred to as Redfish by most (or Channel Bass if you’re from a bit farther north on the Atlantic coast) are a relatively long-lived (commonly over 20 years, recorded to over 50 years, Fig. 1) member of the drum family (Sciaenidae). A common trait of many members of this family is the ability of males to create an audible drumming noise through the use of specialized muscles and their swim bladder (buoyancy organ), hence the name drum. The red part of Red Drum refers to them having an overall red to orange hue on the sides of their body and fins, particularly when they are found in darker waters or swimming over dark substrates, such as seagrass or oysters (Fig. 2). This color can become a bit browner in darker waters and a white to gray coloration in clear waters with sandy bottoms, such as our local beaches. Red Drum are characterized as an estuarine dependent species, meaning that at least part of their life is spent within an estuary, a semi-enclosed body of shallow water where fresh and salt water mix. The juveniles (Fig. 3) are the stage of this species that is dependent on estuaries, although adults are often found in estuaries as well, particularly during their spawning season in the fall. In the Gulf of Mexico and southeast Atlantic waters, adult Red Drum gather in nearshore coastal waters and inlets in large aggregations from September through early December where they will spawn. The eggs and sperm are released into the water column during strong tidal cycles and the fertilized eggs and newly hatched larvae are carried by the tides into the shallow tidal creeks, lagoons, and ponds of estuaries. Here there are fewer predators, reduced wave action and currents, and an ample supply of food: tiny crustaceans such as copepods, amphipods, and mysids, small crabs and shrimp, and other juvenile fish. As Red Drum grow they will start to switch to larger food items and disperse more widely within the estuary, where they grow for about 3 years. Between 3 and 5 years of age most Red Drum begin to mature and many will leave the estuary and reside in offshore waters other than when they return to spawn in the fall (Fig. 4). Red Drum are a popular recreational sportfish in Florida with a slot limit of 18-27 inches. The current slot limit prevents the harvesting of young of the year fish (an 18 inch Red Drum will be around 1-2 years old) as well as the mature spawning individuals (a 27 inch Red Drum on average will be about 3-4 years old). These over slot Red Drum are commonly referred to as bull reds. Unlike some fish species, where the term “bull” is used to refer to males (such as Dolphin), a bull red simply refers to size and not a particular sex as both sexes reach these large sizes and there is no discernable external difference between males and females (other than the fact that if you happen to hear it drum, it is a male). Florida has started to manage Red Drum regionally with bag and possession limits varying by location (see https://myfwc.com/fishing/saltwater/recreational/red-drum/ for current management zones and regulations). There is currently no closed season for Red Drum. Beyond being a prized sportfish, Red Drum are important within their ecosystems. While adult Red Drum have few predators (sharks, bottlenose dolphins, humans, and a few other large fish species), juveniles are common prey items for other estuarine sportfish, wading birds, ospreys, bald eagles, and bottlenose dolphins among others. They themselves become top predators within estuaries and coastal waters after surviving their first year of life and help to maintain the overall balance of these water bodies. 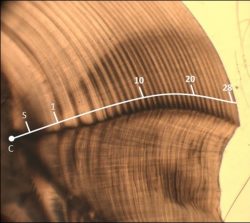 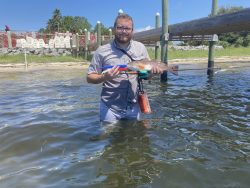 Fig 4. Red Drum life cycle from Lewis, RR, RG Gilmore, DW Crews, and WE Odum, 1985, Mangrove habitat and fishery resources of Florida. Adult Red Drum spawn in coastal waters and inlets. Fertilized eggs and larvae are carried into tidal creeks and other backwaters of estuaries where the juveniles settle. As they grow they spread throughout the estuary and move into coastal and offshore waters as adults. 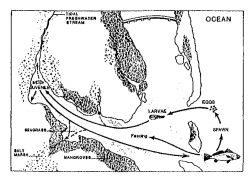